I woke at dawn two days ago to the sound of birds singing all through the forest, a chorus of unseen voices in the early blue light. Those who have followed my writings before know well my love for the birds, and how much it has meant to me to learn their names and voices. As I stepped out the door of my cabin I was already going silently, and listening as deeply as I could. 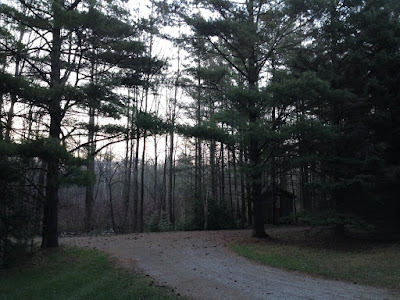 This present season of solitude has seen me delivered into the heart of Saugeen territory, on the low, sandy side of the Bruce Peninsula. I'm living with one other person on the grounds of a camp with which I've had an almost lifelong relationship. As essential workers during a time of suspended life, our duties include watching over the grounds in practical ways and being ready for the world to come alive again.

There's a spare and haunting beauty to this landscape. Cedars wade in the wet, marshy ground, and birches and trembling aspens lift their slender limbs against the sky. The high, keening cries of Northern Flickers ring throughout the forest. It is prone to snowfalls in May, thunderstorms in July, and great silent drifts of windblown snow in the depths of January. 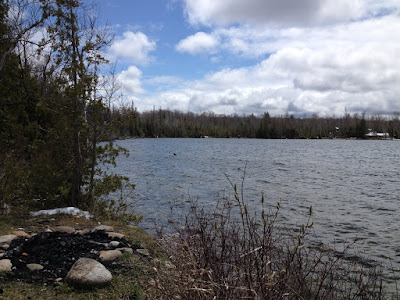 I've been living here a week now, and slowly I'm settling into the rhythm of life in the woods. There are the seasonal indicators, of course, the watched-for markers of spring's advance and coy retreat, like the robin perched high in a poplar tree and singing out his territorial challenge to all and sundry. But these in their turn are also reminders of springs past, of those things that do not change, and that mark the steady drumbeat of the years, if our ears are tuned to hear it. 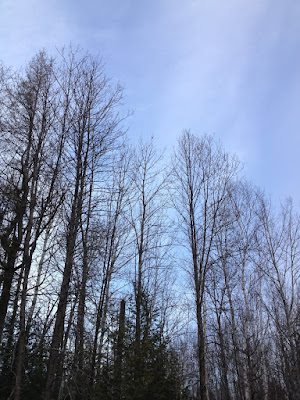 In a hundred different ways the world rages on around us, but many of us have found ourselves becalmed on the seas of life, gazing into wide, still horizons that may seem eerie or numinous, depending on our point of view. It's as though we've found ourselves in the eye of a storm, straining our ears for a sign, a breath of wind, anything to break the unearthly stillness. And it's in just that kind of stillness that true listening can happen. 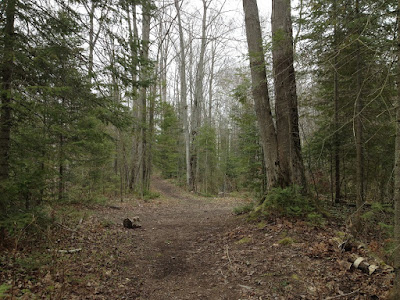 To listen, to listen and really hear, you have to develop the habit of walking slowly. You have to be willing to halt at a moment's notice, totally enwrapped by the thought that has come to you, or by the smallest of sounds: perhaps the crisp, quiet touching down of snowflakes onto dry leaves. Or the slow but quickening pulse of a ruffed grouse beating its wings in the distance, the sound so deep you feel it between your ears, as though it came from inside you. And then you may become aware of the kind of sound you hadn't realized was there all along: the susurration of waves against the shore of Lake Huron, not a mile distant, or the sound of your own breathing. 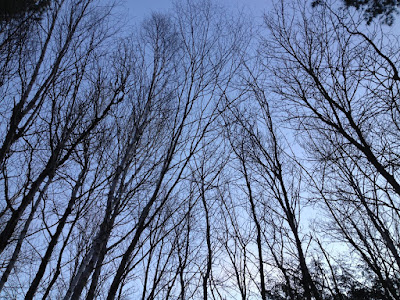 Those who walk in this way make every step a prayer, a hope and a readiness to hear what there is to be heard. And just as the act of prayer implies a hearer, seen or unseen, so too the act of listening implies the possibility of being spoken to, with words or without. 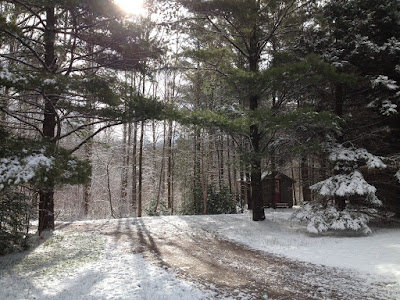