In Remembrance of the Disappeared

Here in Canada the eleventh day of the eleventh month is set aside to honour those who have given their lives in war, especially in the World Wars. It was ninety-six years ago today that the armistice was signed which ended the War to End All Wars. At the eleventh hour on this day, it's customary to stop what we're doing, at work, in school, wherever, and observe a minute's silence.

Of course, it was only twenty years after the signing of that armistice that the War to End All Wars was renamed the First World War, as the fires of the Second broke out across Europe. The Paris 1919 talks that had redrawn world maps and forced crippling reparation payments on Germany ensured peace, but not justice, and thus set the stage for a second round of conflict between the same chief combatants beginning in 1939.

Since the end of the Second World War there has been peace between the major world powers, despite the long shadow of nuclear standoff between the US and the USSR. The last seventy years have seen amazing progress worldwide, both in terms of average life expectancy and average annual income. In the words of Professor Hans Rosling, "aid, trade, green technology and peace" seem poised to continue that trend well into the future. My only objection to Professor Rosling, apart from his aversion to truthful rendering of statistics, discussed in last week's post, is that what counts as peace depends on whom you're asking.

On this day of remembrance I'm thinking of a journey I made three years ago to the southern United States. I had boarded a bus one Thursday morning after French class and travelled through the night with a group of several dozen others, arriving Friday around noon in the deep south. Our destination was Columbus, Georgia, where thousands of people from across the United States and Latin America gather each November at the gates of Fort Benning, the United States Army base in town. 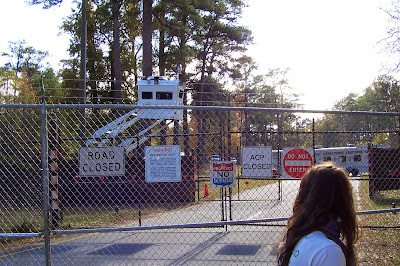 For three days of the year, the open street leading onto the grounds of the base is blocked by three chain linked fences topped with barbed wire and monitored by a watchtower and low-flying helicopters. That's because they know the peaceful demonstrators are coming. 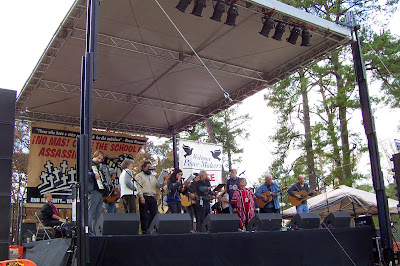 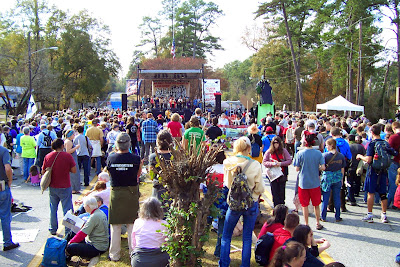 Fort Benning is home to the School of the Americas (SOA), also called the Western Hemisphere Institute for Security Cooperation (WHINSEC). The name change came in 2001 after eleven years of pressure from organizations like SOA Watch, which hosts the yearly demonstration, and mounting allegations that the SOA was training Latin American military personnel on American soil in the arts of torture, terror, and assassination. In fact, since its beginning in 1946, the institution has trained 64 000 soldiers from Latin American nations to return to their home countries and target educators, union organizers, and others who stand up for the rights of the poor. In those seventy years, hundreds of thousands have been raped, tortured, disappeared, killed, or forced to flee their homes and homelands.

It's well-known that the US government funded guerrilla groups known as 'contras' to fight against the elected Nicaraguan government during the 1980's, and that the CIA has been instrumental in various coups and attempted coups in Latin America, but what's not generally well-known is how institutionalized the violence is. I met a very kind and gentle social worker not long ago, a young father dedicated to his work assisting mentally ill youth, who had served in the US army at Fort Benning and knew of the SOA only as 'the foreign unit'. When I tell people about my friends in the States who work for peace and social justice, it's hard to convey what exactly it is they're working against without remembering the stories of those who journeyed thousands of miles to speak on a temporary stage before the gates of Fort Benning about murdered parents or other relatives.

Why are these people being killed? The short answer is that they seem to regard the current state of world affairs, enthusiastically illustrated by Hans Rosling's dynamic graph (stop video at 4:15) as intolerable. Remember, the ratio of average income in the poorest of nations compared to average US income, according to Rosling's 2010 statistics, was 3:400. When I travelled to the SOA in 2011, this sort of disparity was on display in installations like the one pictured below. 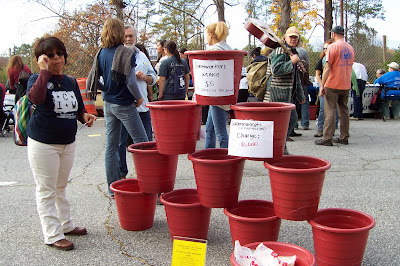 The signs on the buckets indicate that "Farmworkers make $5 for harvesting this amount" and "Supermarkets charge $1000". The crop in question is tomatoes, a staple of the North American diet. What's interesting is that the ratio of workers' to supermarkets' earnings on display here (5:1000 or 2:400) is reminiscent of the income ratio between rich and poor nations cited above (3:400). Similar number sets, very different displays, with very different emotional resonances.

For the people who pick the tomatoes we eat, the peace that followed the Great Wars and the rise of the United States to superpower status means something very different than it does here in North America. For those who try to organize their fellow labourers to demand better rights and wages, it means something different again. It's just not in the interest of the free market to allow people like that to speak out and get away with it. On the Sunday morning of the gathering at Fort Benning, a funeral procession circles the area before the gates, with each participant carrying a white cross inscribed with the name of someone killed by an SOA graduate.

As I look over these pictures now, remembering the power of that ceremony three years ago as well as my American friends preparing to bear witness in the same way less than two weeks from today, I'm reminded of the poem so often read on Remembrance Day here in Canada: "In Flanders fields the poppies blow/ Between the crosses, row on row." The crosses raised up at the gates of Fort Benning have no official recognition from the powers of the world, but the names they bear are as important as the names of those who died in the clash of the powers during the World Wars. Their voices do not fade away, but remain with us, reminders that without justice there is no peace. 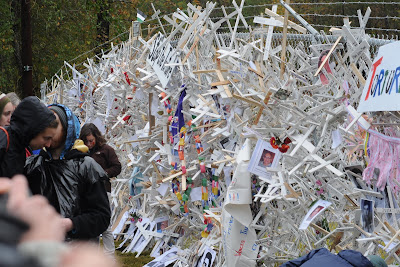 For more information, see soaw.org
Posted by Dylan at 20:50